Create an Account - Increase your productivity, customize your experience, and engage in information you care about.

The City of Cloverdale's Emergency Operations Plan (EOP) outlines how the City of Cloverdale —its government, stakeholder agencies, community-based organizations (CBO), business community and residents—coordinate their response to major emergencies and disasters. This plan is regularly updated by staff and approved by the City Council.

The EOP identifies operational strategies and plans for managing inherently complex and potentially catastrophic events. City assets, resources, and departments are potentially vulnerable and may become overwhelmed. With this in mind, the EOP is designed to promote flexibility whenever possible and is not intended to limit the use of good judgment and common sense.

The City of Cloverdale has officially adopted and integrated the following emergency management, response, and coordination systems:

This EOP addresses the four phases of emergency management:

This Annex is designed to accomplish the following: 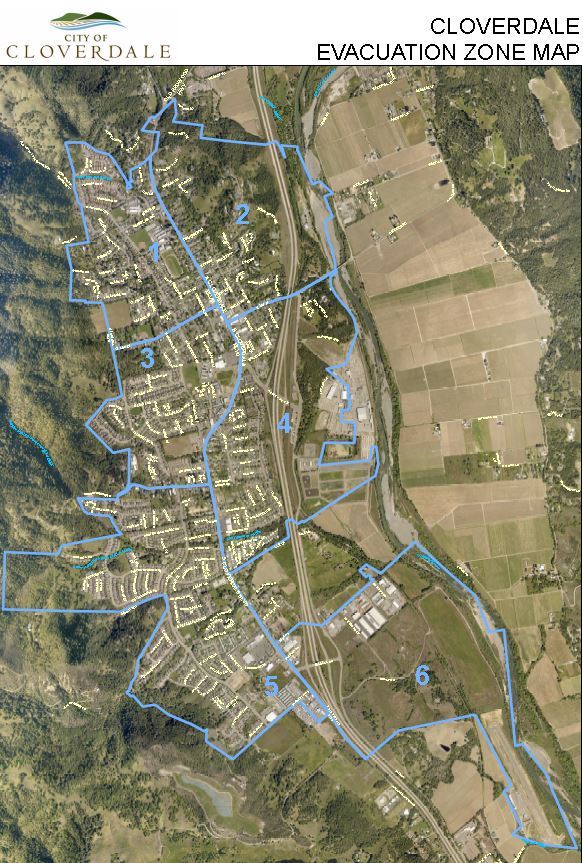 It is important to know your evacuation zone and evacuation routes from your home and places you visit in the City.

Nixle – Receive email and text messages from local fire and law enforcement agencies that include public safety messages as well as emergency information.

Text your zip code to 888777 to opt-in or sign up online to receive email or text messages with alerts and advisories.